Using Tableau, we were able to capture the trends of endowments, mobility rates, and the type of school all within one graph. In this section of the project, we are focusing on major public and private schools that are nationally ranked as top tier schools: 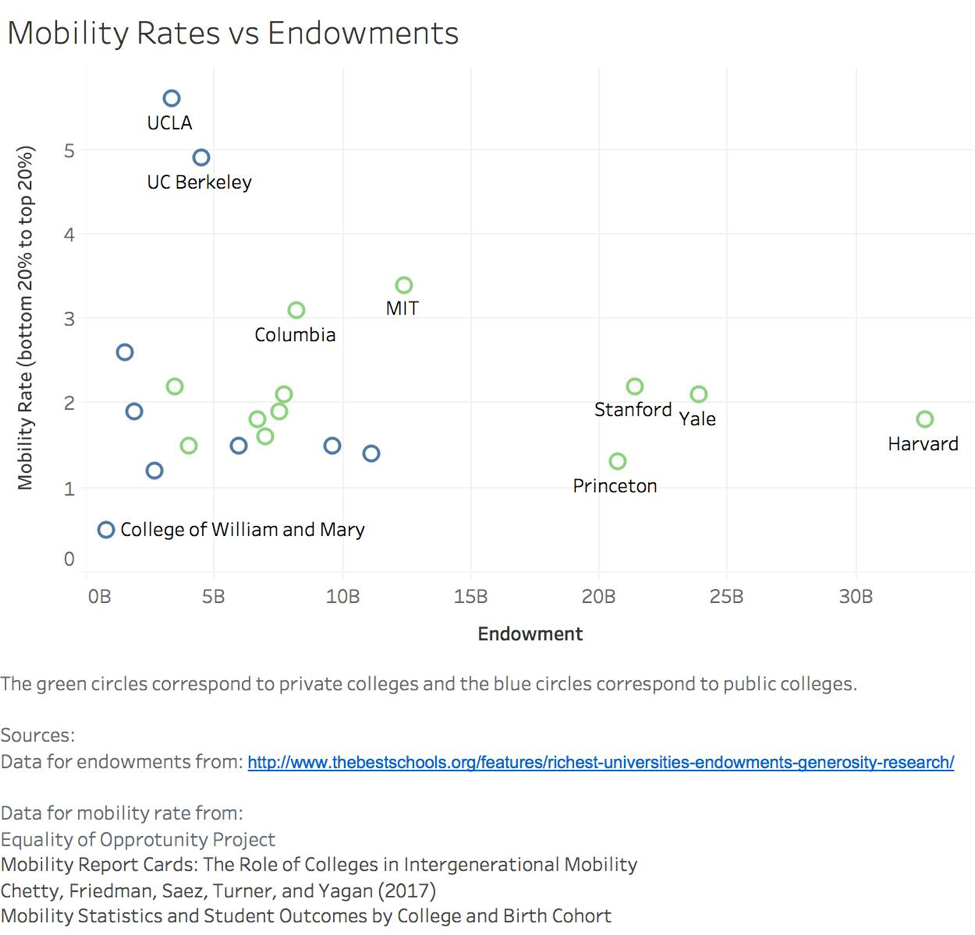 Something that took our interest immediately was the two blue outliers: UCLA and UC Berkeley. They have rather small endowments compared to the other schools in this analysis, yet their mobility rates exceeded all others, including Harvard with a whopping $32.7 billion a year. We were aware of the California public school system and that their public schools surpassed many other private schools in other states, but we would not have guessed the success of its students was greater than Ivy League schools.

This data now allows us to explore these outliers. First is Harvard, which rakes in 32.7 billion dollars each year, but only has a mobility rate of 1.8%. Second is the UC school system, specifically UCLA and UC Berkeley. Only given about 1/10th of Harvard’s endowments, their mobility rate is 5.6% and 4.9% respectively. It brings into question where these endowments are allocated. Are they given back to the students? Or are they spent elsewhere?