A school’s endowment is essentially a fund that has been given to them through the government, donations, and gifts. This money is then invested and a small percentage (usually 4-5%) of  the returns on investment is what a university can now use to run their day-to-day operations.

We hypothesized that a school’s endowment could be a strong indication of the quality of education the students received. However, we do realize that a school’s return on investment is not solely spent on prospective and current students, but also on other operational budgets that are necessary for a smooth running system.

It has been often stereotyped that private universities have an overall better quality education and as a group, we wanted to look at the role of endowments in this deception. Do public universities tend to have less money in their operating accounts than private universities? We chose universities which topped the ranks for highest endowment for both public and private schools and decided to compare their endowments 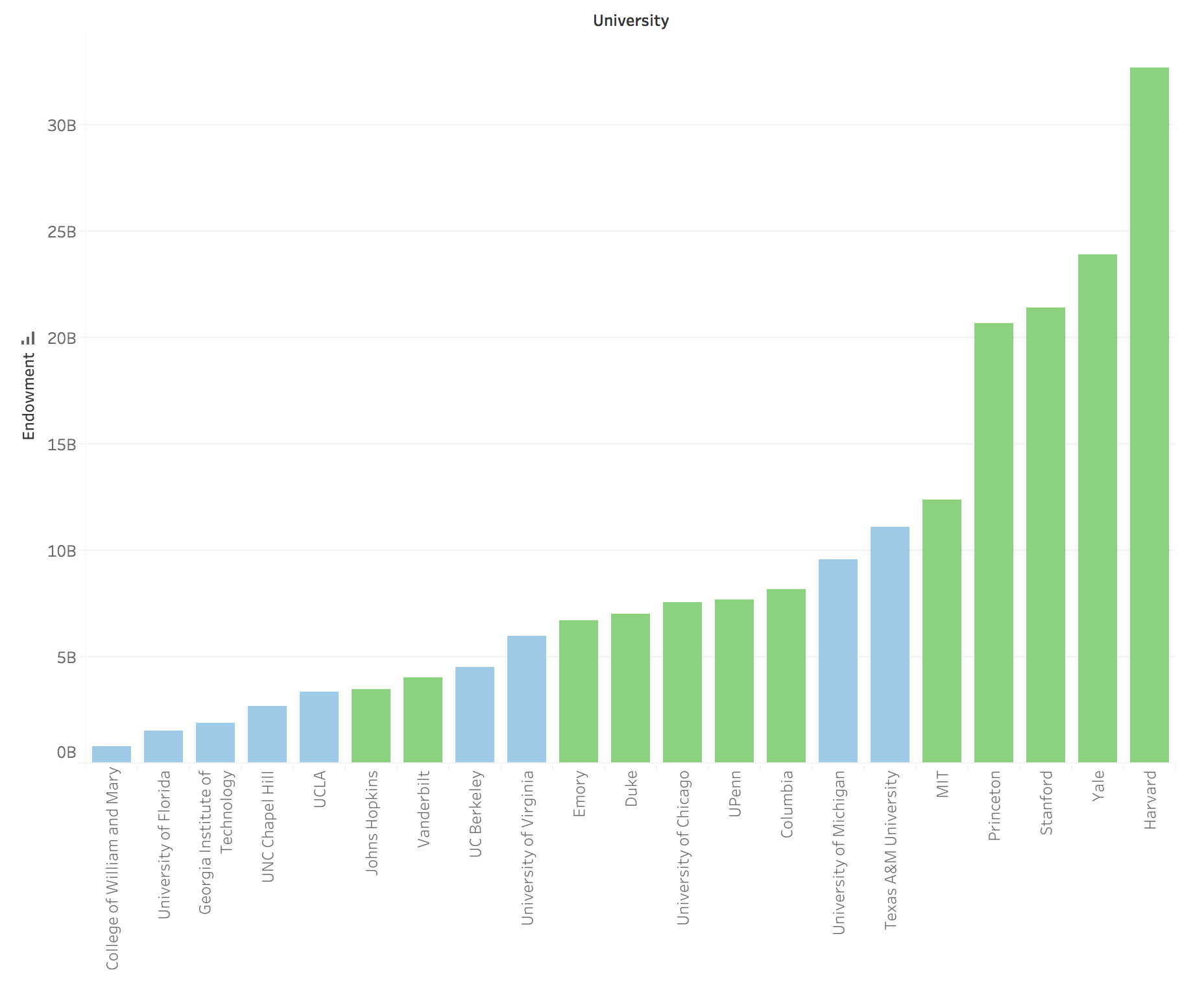 One would have made the assumption that private schools would have a larger endowment, because of prestige but we see that history also is a major contributor to sizable endowments. For example, although Emory may not be in the top ranking private schools, it still has a large endowment due to its historical connections with Robert Woodruff, past president of Coca-Cola. And also Harvard, an outlier on the graph, has a hefty endowment due to its prestige, as a top ranking school with generous alumni.

However, if we look at the income mobility of the students who attend these schools with hefty endowments, most are nowhere near the top of the list. The lapse in results poses an issue to us as a group, as we begin to question the allocation of this 4-5% return on investment to these schools. Do most schools see mobility rate as a marker of growth and excellence in their academia community? If so, would more of their operational budget be spent on improving curriculum and opportunities within the college that exposes students to better, higher paying jobs?